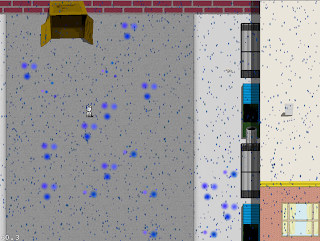 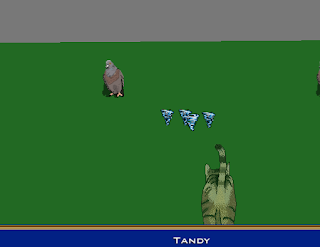 
I also tweaked the level scale for this game to be slightly accelerated to account for 1) no rest stops and 2) only one party member so far. Once your party expands, it'll be less brutal to spread out the leveling up love as you will have 2 party members to ding.
Also related to the level scale is I've fleshed out the beginning to end of "how strong" characters will be. This was pretty crucial as by setting the progression of Tandy, I can then set the difficulty of the enemies (which I've made challenging, but not impossible... but don't get over your head too fast, or you might find yourself kitty filet).
Lastly, I've set up SaveFile versioning. Mostly this will be for production, as I'm still heavily developing the game. If some change that is added that would seriously break the game if you loaded a bad save, it would be good not to load it. I highly recommend this for any game that utilizes saves.
Posted by SkyHawk at 10:06 PM No comments: 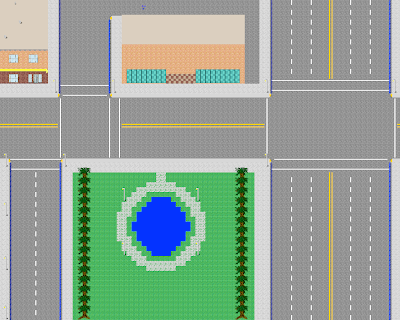 I need to do some artwork for the post office (where you find the rat king), I need people in the post office (ya know, that's one thing that's horribly absent from my game. Cars and people).
After that I will be putting in more work into the Park. The Park is where we'll be meeting the next enemies. One of the things I have to keep in mind is level progression. I want people to level moderately quickly as this is a somewhat short game, but I must be careful not to progress the enemies too quickly, or Tandy may find herself overwhelmed if she decides to forego leveling first. The game rewards you modestly for fighting things much too hard (simply beyond your level), so that you're always brought up to the correct level for the area swiftly. The game also rewards you less so for staying in one area and grinding up. I don't want anyone to feel they need to stay in an area and level because "the next area is too hard".
Posted by SkyHawk at 12:22 AM No comments: